The Ainu have very few native instruments, that some of them have similarities with other instruments played in Siberia or South-East of Asia. Howver, the tonkori is an instrument exclusively designed and played by the Ainu people. 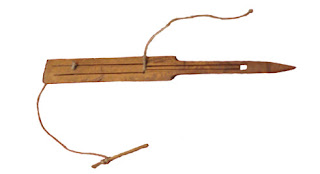 MUSIC OF TONKORI. The most famous contemporary performer of Ainu music is the the revivalist KANNO OKI who plays the tonkori. He deserve the recognition of having approach the Ainu music to the young generation. He has published several traditional CD and have mixed the tonkori with modern instruments and rhythms. His discography is the following: 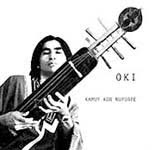 2. Hankapuy. Released in 1999. It the album collaborated the late Umeko Ando and Kazutoki Umezo (with percussion and sax). It could be described as Ainu new-age style-like music. 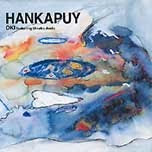 3. No one's land. Released in 2002. He include a femele chorus group. There are influences of reggae, and an spanish and african flavour. Ainu songs and solo tonkori with modern arrangements. Interesting are the throat songs of the siberian singer Olga Letykai Csonka. Some songs of this album were remixed in the Oki album entitled "Dub Ainu", which was released in 2004. 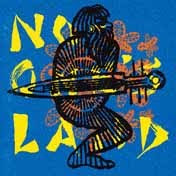 3. Tonkori. Released in 2005. It is almost an instrumental CD of tonkori without additional arrangements. In the album there are traditional Ainu songs (eg. some composed by Umeko Ando, Esohorankemah and several renditions to the tonkori player Ume Nishihira) with three Oki compositions, one of them singing a lullaby. The repetitive and short melodies are peaceful, enchanting and wonderful!!.

These albums reflect what Oki plays in the live shows: rhythmic phrases of tonkori, bass and percussion with some Senegalese and dub Hirohisa arrangements in some songs.

NISHIHIRA UME (1901-1977) She was one of the last tonkori old players and singers of traditional songs that helped to keep the Ainu Music and traditions during the last century.
In the The Ainu Museum of Shiraoi I purchased a book where it explains about the Ainus and Nishihira. In the book there are pictures of antic tonkoris and somes tonkoris made by Mr.Nomoto as well as antic pictures of Ainu people and Nishihira Ume holding a tonkori. The book also includes musical scores, field recordings of Nishihira Ume and a DVD explaining how to play the tonkori. The chapter of the tonkori was written by Ms. Miyuki Muraki (Vice-Director of The Ainu Museum of Shiraoi ), Masahiro Nomoto (Curator of the museum), Jirouta Kitahara (Curator of the museum) and Nobuhiko Chiba (professional musician). Ms. Muraki wrote about clothes of Sakhalin Ainu people, Mr. Kitahara explained also about the tonkori and history of Sakhalin. Finally, Mr. Nomoto wrote how to make a tonkori and Mr. Chiba explains how to play the tonkori in the bonus DVD included as well as he transcribed the musical scores. No english translation is included.

THE MUKKURI. One of the most renowed player of the jew's harp mukkuri is the late UMEKO ANDO. She also was a great singer in the upopo traditional Ainu chant. She collaborated in the Hankapuy's Oki album. Pitifully she passed away in 2004. It has been published two albums:
1. Ihunke. Released in 2001. Produced by Oki. The albums is very recommended for its traditional approach with mukkuri and chant songs. Also there are tonkori songs and nice percussion arrangements. It was recorded when she was in her late 60's years-old. 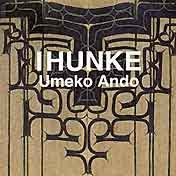 2. Upopo Sanke. Released in 2004. Also produced by Oki who again plays in the album. Ando's chants are complemented with percussion, some mukkuri songs, which become a wonderful album and pleasent music. 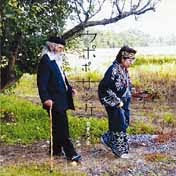 All Oki and Umeko Ando albums may be bought thru reliable internet sources such as: the Fisher web page Far Side Music http://www.farsidemusic.com/acatalog/Ainu.html and the Oki Chikar studio web page http://www.tonkori.com. The book of the "Nishihira Ume and Tonkori" can be bought to The Ainu Museum http://www.ainu-museum.or.jp/shop/book.html#tonkori
MAGANE AKI. She is a young mukkuri player, born in Hokkaido in 1993. She published thru the Sapporo Cultural Production an introduction to the mukkuri entitled "Sound of Mukkuri, My Sound". The CD "Mon-o-lah" was released in 2001 by http://www.booxbox.com/. It a nice mukkuri album, in which there are very strong mongolian and tuvian influences: horse-fiddle playing (morin-khuur) and mongolian khöömii/tuvian khoomeii throat-singing. When I listen to this CD my mind travel more towards Central Asia or North America than Hokkaido. However, it is really a very nice album!!!. I bought this CD in the Museum Shop of Shiraoi, Hokkaido. However, if you can not go there, it can also be purshased tru the reliable german web page who is specialized in jew's harps named "Danmoi" http://www.danmoi.de. 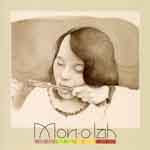 An interesting CD of Ainu jew's harp is "Mukkuri Hawahe. Sounds of Mukkuri Jew's Harp and Vocal Music of the Ainu". It contains 31 songs with a total duration time of almost 56 min. It was produced by Leo Tatagawa in 2001. I met him in 2008 in Abakan, Russia. A very gently guy!!. He is the president of the Japan Jew's Harp Association who has published several jew's harp albums of Siberian musician (Yakutia, Kyrgystan and Khakassia). If you read japanese check his web: http://koukin.jp/. This CD can be obtained directly from Tatagawa's page or thru Danmoi http://www.danmoi.de. 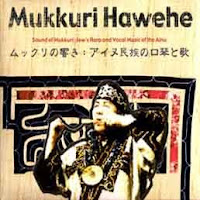 Thanks for a wonderful share. Your article has proved your hard work and experience you have got in this field. Brilliant .i love it reading. download mp3