MUSIC of BURYATIA: The mongol roots

Buryatia is located in East-South of Siberia and it is part of the Russian Federation. In the south border there is Mongolia and China. Population is about 1 million of inhabitants. They speak buriat, althouth russian is more commonly used. In fact, 69% of population is russian and 24% is buriat. The remaing habitans are from other ethnic groups of the Russian Federation. Buriats live mainly in Chitá, Ulan-Udé and as well as in Irkustk and Mongolia.

Buriat people use to be maninly nomads and hunters, but they were colonized by Russia in the XVII Century. In the beginning of XIX century they were forced to settle down in russian-style villages, which serioulsy damaged the buriat ancient traditions. The religion of Russian people is orthodox. However, buriat are Buddhist. There is also shamanism in some areas. The datsan of Ivolginsk is the largest of Buryatia (see picture below). 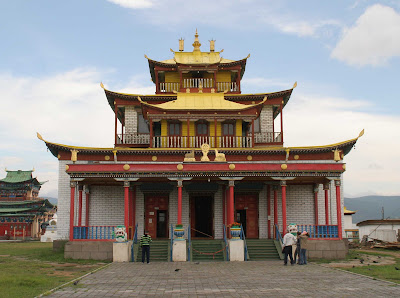 The main cities in Buryatia are Ulan-Udé and Chitá. They are connected by the transsiberian railway. Ulan-Udé is a relatively nice city, quite, with a nice downtown to stroll. On the way, it is possibe to see beautiful small siberian villages and the Baikal lake. The landscape is mainly steppes and taiga. 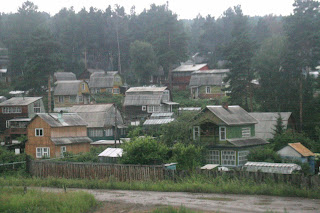 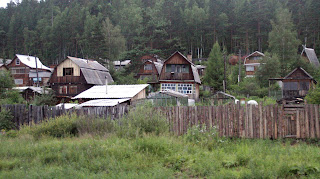 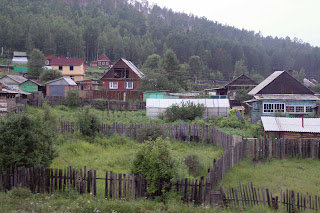 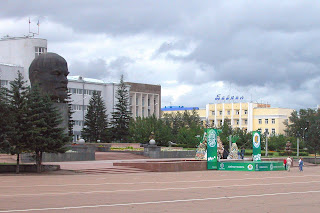 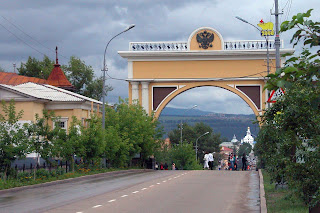 The main instruments typically buriat are the khur (bowed-two string fiddle) and kuchir (bowed 4-string fiddle, resembling the chinese erhu). Other instrument are sometimes borrowed from other republics. Here there is a list of the traditional instruments played in Buryatia:

Khur. Thanks to Dmitry Ayurov 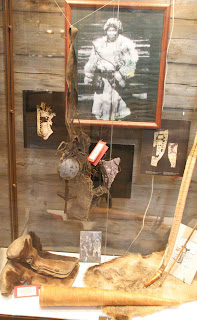 Most of the traditional groups in Buryatia perform traditional buriat and mongolian music. When I was in Ulan-Udé I met the morin huur player Dmitry Ayurov, musical director of the group Bayar. The other members of the group are Kermen Kalyaeva (iochin), Viktor Zhalsanov (throat singing), Valentina Namdykova (yataga), Dashima (vocals) and Bulat Tsybikov (ikh khuur). Also I met the singer Irina But, who sings classical music. Dmitry and I visited together a luthier, that for my surprise was specializated in spanish guitars and balalaikas, but I could not see any "buriat" instrument. Where was the old khur??. The group Bayar has a strong influence in mongol music with nice arrangements. They released a CD entitled "Buryat-Mongolanian music". It was is dedicated to Dimitry's father. I recommended it.!! 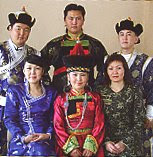 Other traditional group is Namgar, which leader is Namgar Lhasaranova, based in Moscow. She sings with musicians from Mongolia and Buratia. Their CD can entitled "Hatar" ("Round Dance") (2003 - SKMR008) can be found in the russian label Sketis http://sketis-music.com/index/cats/112. It is also possible to find it the american online shop CDroots http://www.cdroots.com/sketis.shtml or Tuva Trader http://scs-intl.com/trader/In the CD there are buryat dance tunes njeriejen and joohor, ""ring-songs" and old traditional mongolian songs. The instruments that can be heard are morin huur, chanza, yataga, limba (flute) and khomus (jew's harps) with electronic arrangements. As the mongols in this CD there is throat-singing by the mongol Altangerel Khishigtogtokh. 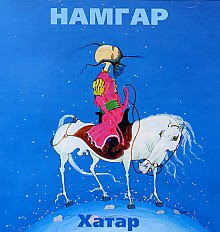 A nice dance folk group is Badma Seseg. They have performed in Catalonia (Spain) in several cities. They sing buriat and mongol songs using traditional instruments. They perform circular dances, use wonderful silk dresses with nice ornaments, show shaman rituals , and sing songs of Oyrat tribes and nordic minorities Evenk, Chukchi, Koryak. Another dance group from Ulan Udé is Selenga composed for about 20 people. They used to tour in Europe. http://www.adifolk.org/JIF/2002/buriatia.htm.

2. The Chorches. Comment: Many siberian minorities has been deeply studied by the antropologist Carmen Arnau http://www.carmenarnaumuro.com/cursos.htm. She published several books and articles about minorities from Yakutia and Buriatia. 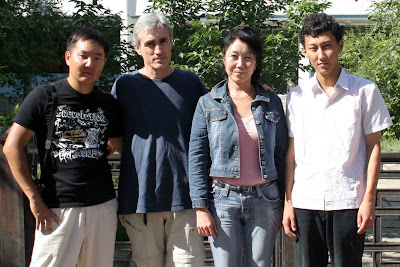 Dimitry, the author, Irina But and an student from Vladivostok 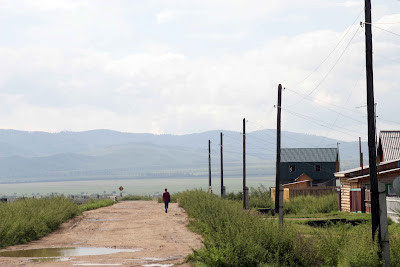 I read this whole post regarding main musical instruments such as khur is bowed-two string fiddle, kuchir is bowed 4-string fiddle, resembling the chinese erhu. In this post provide list of raditional instruments played in Buryatia such as flute, bishkur, chanza, khomus and many more.
voice overs